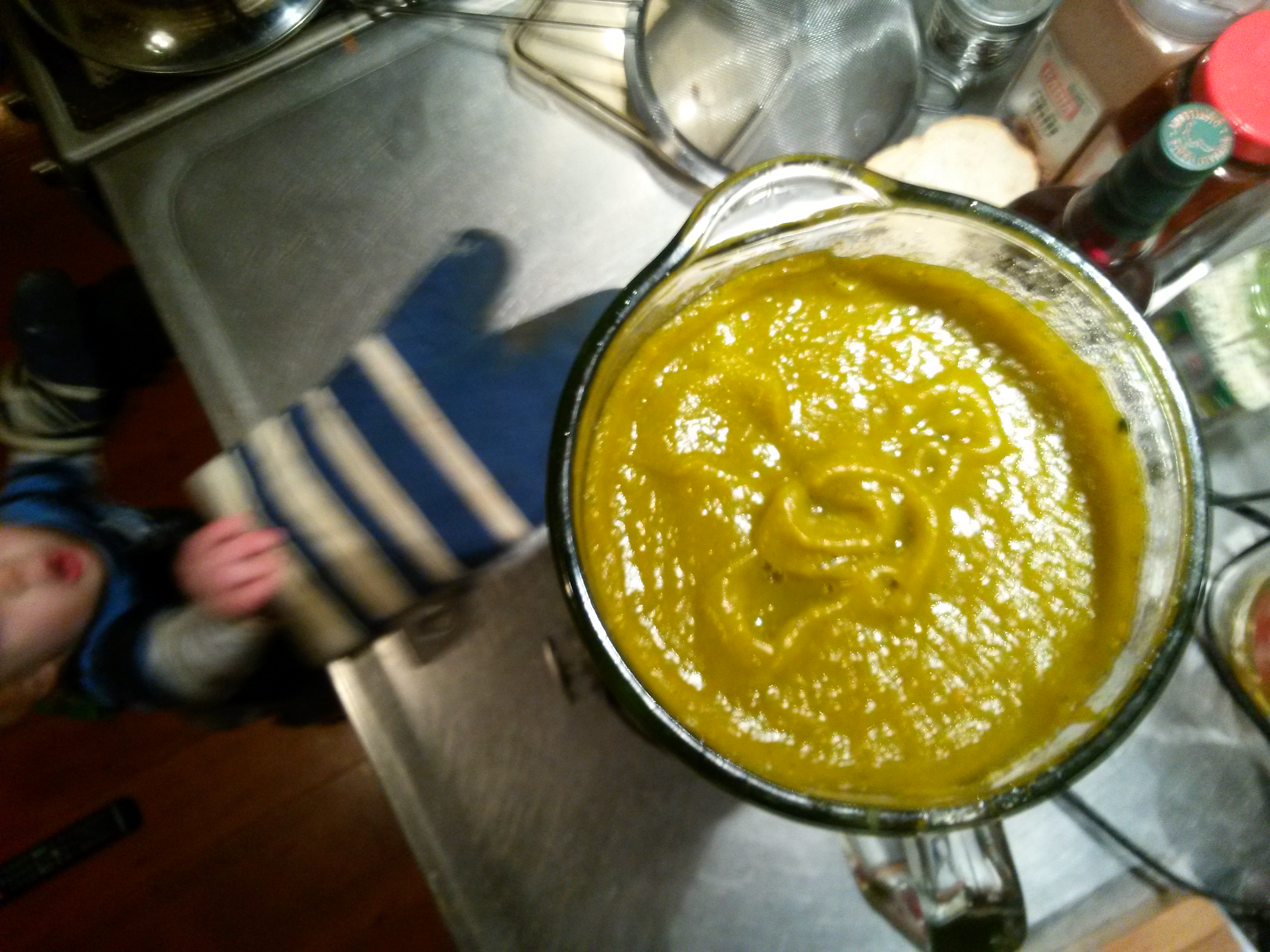 Someone gave us half of a giant pumpkin, so, of course, as anyone would, I made soup.

Tonight it’s me and the rascals until after dinner, so I figured I’d do something simple. Earlier today I quartered the pumpkin half (that’s eighths for those keeping track) and abandoned it in the oven for a couple hours while we went and got ice creams. (Heat from below, fan, 150C (whatever that is in F)).

Then I left it cooling for another couple hours while I made broth. I figured I’d use up the oldest vegetables in the drawer first. It was:

I chopped all this up and let it boil in some water for a while along with some garlic salt and ground black pepper. In the meantime, we got a loaf of sourdough bread and some bourbon.

Then, I sliced the skin off the roasted pumpkin, removed the seeds, and chucked it in the blender. To loosen it up a bit, I dumped in some broth, and I figured, what the hell, throw some kale and stuff in there too.

I turned on the blender and blended and here you go. I didn’t even add any spices, and it’s actually quite shockingly good.

I mean, I’ve spent lots of time on pumpkin soups in the past, trying desperately to get the right mix of spicy and salty and whatnot. This was so ridiculously effortless, yet better than all that.

Plus it’s a great way to use kale, which is otherwise entirely useless, which is why it was dying in the vegetable drawer.

Now if only I could find an acceptable use for mushrooms other than incineration….